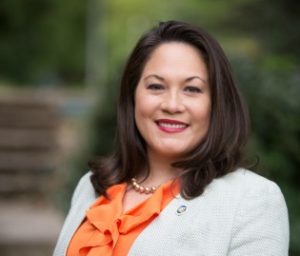 Sophia M. DiCaro is the Senior Advisor and Executive Director of the Utah Governor’s Office of Planning and Budget, appointed in January 2021. Previously DiCaro was the chief compliance officer for The Cynosure Group, an investment advisory firm in Salt Lake City, Utah.

Sophia’s professional career began in various roles at the Governor’s Office of Planning and Budget, which later led to an opportunity in the Governor’s Office of Economic Development where she served as finance director, and later as the deputy director and chief operating officer.
After thirteen years of service, under four gubernatorial administrations in various senior roles, Sophia served a term in the Utah State House of Representatives, representing northern West Valley City in the Utah State Legislature.
Sophia received a bachelor’s in political science with an emphasis on East Asia and international relations, as well as a master’s in public administration, both at the University of Utah.
She was recognized as one of Utah’s 30 Women to Watch and serves on various boards including, Primary Children’s Hospital Board of Trustees, Kem C. Gardner Policy Institute Advisory Board, USU Eastern Regional Advisory Board, Women’s Leadership Institute Advisory Board, KUED Advisory Board, and the Utah Transportation Coalition.