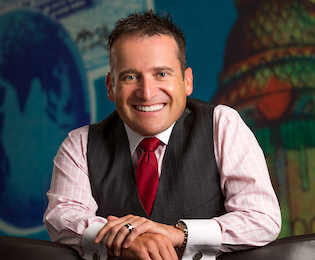 Victor Ingalls is the Senior Vice President of Operations, and head of the Lehi office at LendingClub. Headquartered in San Francisco, LendingClub was founded to transform the banking system to make credit more affordable and investing more rewarding. Today, LendingClub’s online credit marketplace connects borrowers and investors to deliver more efficient and affordable access to credit. Victor joined the company in early 2017 as a strategic executive to transform LendingClub’s operations culture and business processes to better support growth and improved customer experience. By implementing improved metrics, data analysis, strategic partnerships, and a strong servicing ethos known as Lending Care, Victor improved the value of operations to the company as a whole and LendingClub members overall. He also facilitated the opening of a new office, in Lehi, Utah in early 2019, with now more than 500 employees. LendingClub was recognized as the 2019 top place to work in Utah for mid-sized companies by the Salt Lake Tribune.

Prior to joining LendingClub, Victor spent nearly 20 years at American Express, where he held numerous roles overseeing servicing operations for both business-to-business and business-to-consumer customers, both domestically and internationally. Most recently, he was General Manager and Vice President, for the World Service team in Utah, where he provided strategic leadership to approximately 1600 employees in Salt Lake City. In 2013, Victor took on expanded responsibilities, reshaping and providing strategic direction to approximately 700 virtual  employees located across 47 states and Canada. Victor joined American Express in 1997 as a participant in the Leadership Orientation Program – a program designed to attract and develop leaders from outside the organization to encourage new and innovative perspectives into our business model.  He spent the next several years in roles of increasing responsibility and leadership. In 2009, Victor relocated to Sydney, Australia where he led employees throughout Japan, the Asian Pacific, and Australia.

Victor is a founding member of the Women’s Leadership Institute board. He also supports the community through various other organization Park City Foundation and National Ability Center.  In 2011, he was recognized with a Global Leadership Award for exceptional and inspiring leadership.

Victor and his wife, Lisa, reside in Heber, Utah, where they enjoy both the scenery and the year-round recreation opportunities such as skiing and golfing.