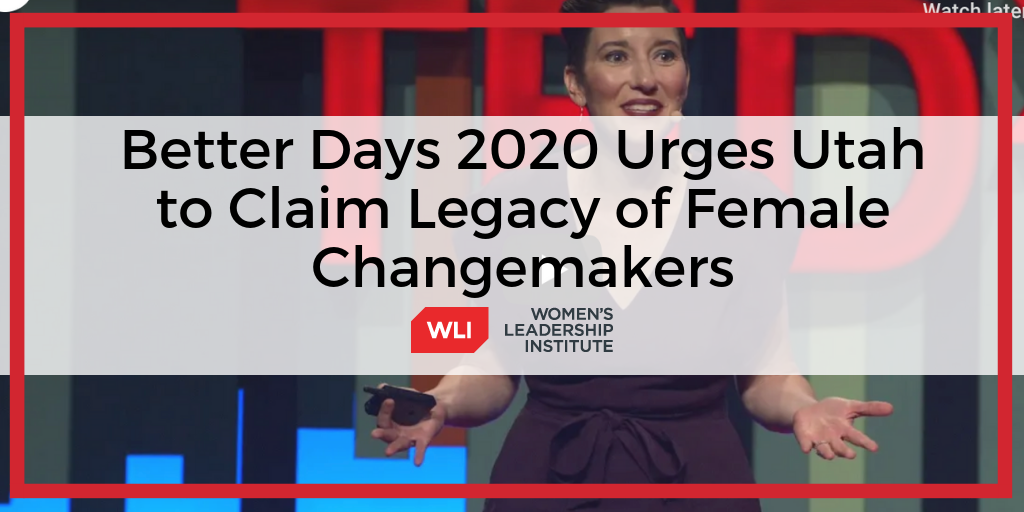 Neylan McBaine is co-founder and CEO of Better Days 2020, which popularizes Utah women’s history in preparation for the 150th anniversary of women first voting in Utah (the first women to vote in the modern nation) and the centennial of the 19th Amendment. Neylan hails originally from the East Coast where she was raised in New York City and attended Yale University. A move west resulted in a career as a digital marketer at the largest (Walmart.com) and smallest (Tea Collection) retailers in Silicon Valley. Neylan’s past positions also include CMO for Brain Chase Productions, an educational technology startup, and brand strategist for Bonneville Communications.

Utah pioneers were on the leading edge of the women’s suffrage movement, but their stories have been forgotten and buried. In her TEDx Talk Neylan McBaine reminds us of Utah’s trailblazing heritage and suggests it is time for Utah to reclaim its identity as a leader in women’s advocacy.