Freedom of the Press Has Never Been More Important 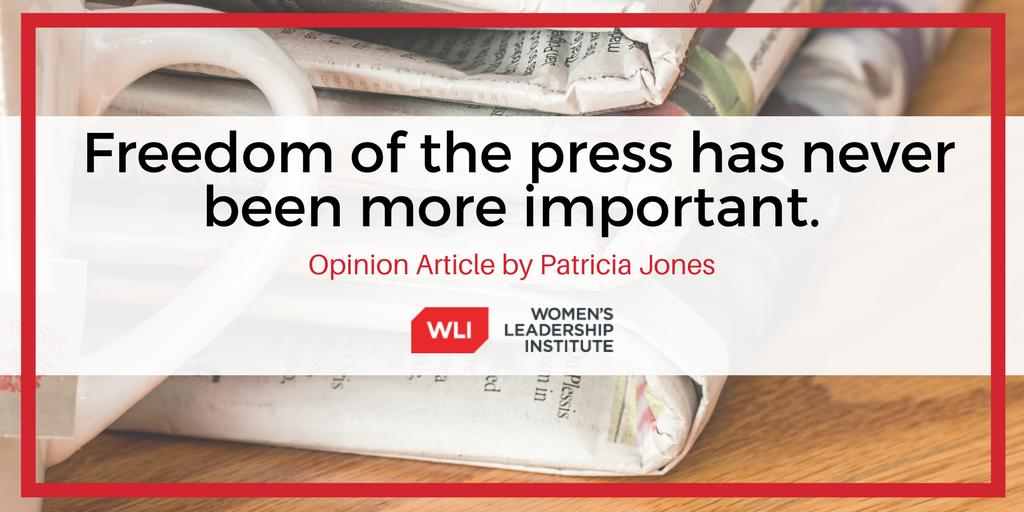 This article, written by Patricia Jones, originally published as an op-ed in Dessert News.
View original article or continue reading…

Freedom of the press has never been more important

“It is the press, above all, which wages a positively fanatical and slanderous struggle, tearing down everything which can be regarded as a support of national independence, cultural elevation, and the economic independence of the nation.” ― Adolf Hitler, Mein Kampf

I would argue that there has not been a more critical time in our history for quality journalism. Yet, it seems every time we turn around, the press gets slammed for doing the job they were intended to do. Since when did journalism in the U.S. become pejorative? How did we get to a place where the adjective “fake” morphed into a two-word noun? Just in 2017, it was reported that at least 15 leaders or state media outlets in authoritarian countries have used President Trump’s “fake news” denunciation against their critics.

According to the December 2017 issue of the Columbia Journalism Review, “Trump’s attacks on the media are starting to have real effects in the real world. The number of incidents is startling, and they range from name-calling — like the governor of Texas joking about shooting reporters — to actual gunfire being aimed at a newsroom in Kentucky and a reporter in Montana being assaulted for questioning a candidate for Congress. The message is: The press is the enemy; nothing it says should be believed; there is no role or need for the press in American democracy.”

Sure, there are a few shoddy journalists out there, just like other professions. But framers of the U.S. Constitution had great reverence for the importance of the press, as expressed at the First Continental Congress in 1774:

“The last right we shall mention regards the freedom of the press. The importance of this consists, besides the advancement of truth, science, morality, and arts in general, in its diffusion of liberal sentiments on the administration of Government, its ready communication of thoughts between subjects, and its consequential promotion of union among them, whereby oppressive officers are shamed or intimated into more honorable and just modes of conducting affairs.”

As described in the conservative Heritage Guide to the Constitution, the statement shines some light on the role the press plays in disseminating “the values that the Founders saw as inherent in the principle of freedom of the press: the search and attainment of truth, scientific progress, cultural development, the increase of virtue among the people, the holding of governmental officials to republican values, the strengthening of community, and a check upon self-aggrandizing politicians.”

The Utah Legislature just concluded the 2018 session. Again, there were attempts to thwart the press, including talk of barring reporters from the House floor and of singling out one industry — the media — in noncompete contracts.

The “Vox Populi” moniker above the speaker’s dais means little without professional journalists there to report what goes on. Treating the press as a pesky nuisance is antithetical to the purpose of the profession. Asked to explain why he sought a change in press access on the House floor, the bill sponsor said, “reporters sometimes distract (legislators) when they are trying to prepare for the day.”

Attacks on the press can only be mitigated with an engaged citizenry. The power of citizens to demand an open and transparent government via freedom of the press was magnified during the 2011 Utah Legislative Session with the HB477 fiasco. Simply put, the bill increased fees for records requests and removed language favoring openness in government.

In Utah’s version of storming the palace with torches and pitchforks, citizens reacted with a fury. Not only was the bill an affront to government access, but the bill was purposefully rushed through at the very end of the session in basic secrecy. In fact, HB477 passed just 72 hours after its text was introduced. Lawmakers said they moved swiftly to avert expected opposition by the media and said they were acting to stop “fishing expeditions” by reporters seeking to embarrass lawmakers. (I remember it well. I was one of two lawmakers that had the opportunity to vote against the bill three times through the process.)

While some legislators later admitted they “messed up,” others blamed the press for biased coverage. Eventually, the law was repealed thanks in great part to citizens who took the time to engage, and to realize the critical importance of the First Amendment to our Constitution and freedom of the press.

The three branches of government with separation of powers are critical to our country’s sustainability. The fourth estate is a segment of society that wields an indirect but significant influence on society even though it is not a formally recognized part of the political system. The most commonly recognized part of the fourth estate is the news media. It is imperative that we respect the critical role of the press as a conduit of ideas that can flow transparently and freely. 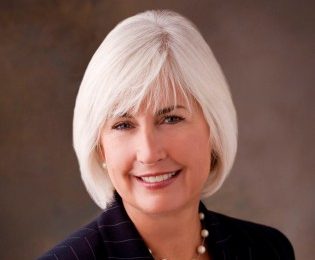 Patricia Jones is the CEO of the Women’s Leadership Institute. The mission of the institute is to elevate the stature of female leadership in the state of Utah. The organization was formed in January, 2015 through the visionary efforts of key business leaders to address Utah’s deficiencies in the presence of women at top levels of corporate and political leadership...