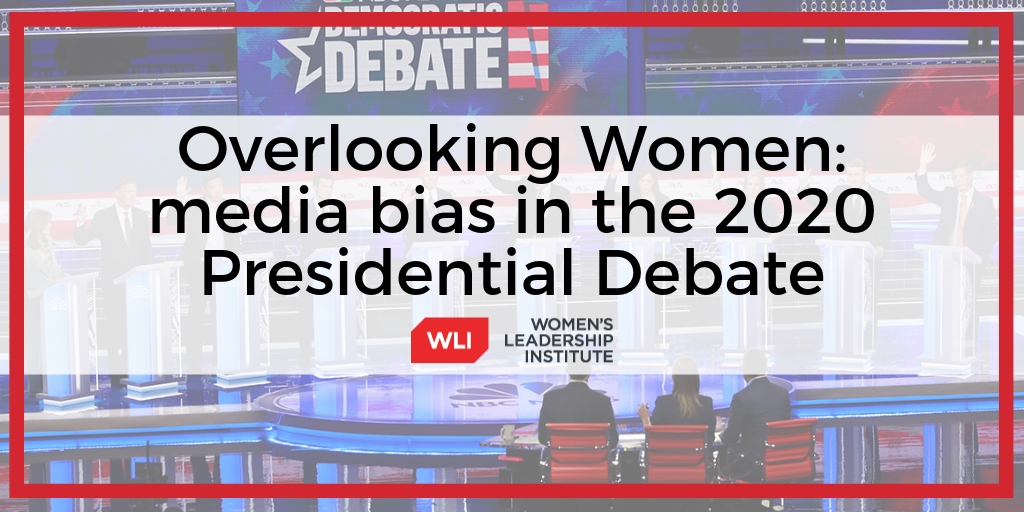 In the 2020 presidential race, more than 20 candidates are running for president within the Democratic Party, 6 of whom are women. There are more female candidates for a single party’s nomination than ever before. This reflects the increase of women getting involved in politics at all levels. Still, women face a number of setbacks and unique issues.

One unique challenge female candidates face is the significant bias in the media. Women receive less coverage and the coverage that they do receive is often more negative than that of their male counterparts. As the campaigning for the 2020 presidential race has begun, and with it the deluge of media coverage, the media bias has become more clear.

In a study comparing articles from the five most popular news sites, the articles covering female candidates more often featured negative words and descriptions. This study specifically followed eight of the 2020 presidential candidates, four men and four women, and examined articles looking for the number of negative vs positive words. All four of the male candidates had a higher percentage of positive media mentions than all of the female candidates.

It seems as if women are held at a higher standard by the media than men, and it becomes almost impossible for them to escape criticism — even for the same things that men are praised for.

The media often describes younger, male presidential candidates, like Pete Buttigieg or Beto O’Rourke, as fresh and energetic, applauding them for their youth.  Their female equivalents, on the other hand, many of whom may be 15+ years older, are described as inexperienced, not ready, or naive.

Unfortunately, age-based gender bias does not stop as women get older. Although Elizabeth Warren is younger than two of the top polling candidates, Joe Biden and Bernie Sanders, and yet she is often referred to as washed-up or too old, while Biden and Sanders are simply experienced.

According to much of the media that we consume, women are never the “right” anything for political office. They are too old or too young, too pushy or too shy, too quiet or too loud. Female politicians face a constant balancing act when it comes to media portrayals.

The Media is Made for Men

Bias exists in all aspects of the media, not just in written articles. For example, in the recent presidential primary debates, there was a unique aspect of this bias. When looking at the total amount of time spoken by each of the candidates, an interesting trend emerges, one that doesn’t favor women.

The first night of the two-part debate featured candidates Elizabeth Warren, Beto O’Rourke, Cory Booker, Amy Klobuchar, and others. Of the ten candidates, Elizabeth Warren came in to the debate with the highest polling numbers (14%), beating every candidate on the stage that night by at least 10 points. Yet she had less air time than both Cory Booker and Beto O’Rourke, who at the time were polling at 3% and 4% respectively.

Typically during debates, the highest polling candidates have the most speaking time at the end of the night. That was not the case for Elizabeth Warren. It begs the question: could the debate system itself be structured to favor men?

We know from research, that men in the workplace have a tendency to interrupt both women and fellow men, whereas women tend to wait until they have been called on to speak. The debate bore it out. The male candidates interrupted each other time and time again, but the women rarely jumped into a conversation. This is likely how Cory Booker and Beto O’Rourke managed to gain more minutes than Elizabeth Warren.

Slight improvement occurred during the second night of the debates. During the second debate, Kamala Harris got a significantly higher amount of speaking time, almost as much as Joe Biden who is currently leading in the polls. She was more aggressive, interrupted others more often, and refused to let herself be talked over, which is statistically uncharacteristic for females.

Perhaps the growing recognition of media bias is actually a good sign, as it shows that we do in fact have women running for more political roles. More women running for office can now be the norm. Hopefully as the presidential race continues, it will bring attention to the flaws within our media system and encourage changes to help lessen bias between male and female candidates.

Women are constantly breaking barriers and the progress that women have made over the years is remarkable. But it appears that the media bias is yet another glass ceiling women must break before we can reach true equality.