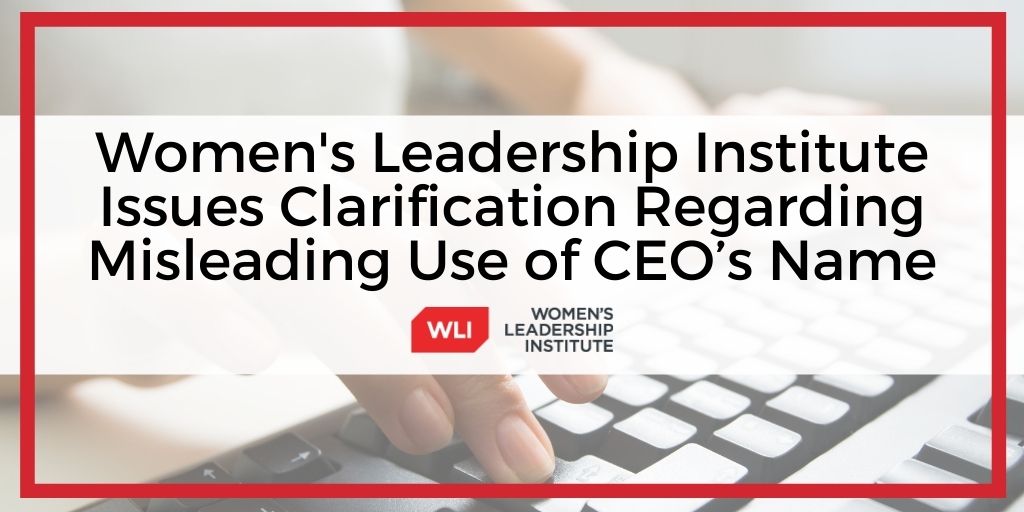 SALT LAKE CITY (October 13, 2021) —  A misleading press release was issued this morning by the Utah Republican Party in support of Senator Mike Lee’s recent effort to protect civil liberties. This statement was signed by more than 100 Utah supporters, past and present office holders, private citizens, and organizations. Included in this list was the name Pat Jones.

In an effort to clarify, WLI reached out to the Utah GOP requesting removal of the name or clarification. WLI was told the name on the list was that of a separate, private citizen, Pat Jones, and they declined to make a public clarification. As three other private citizens listed on this statement were also former legislators, WLI feels it necessary to clarify that this listed name is not WLI CEO Patricia (Pat) Jones.

As an organization, the Women’s Leadership Institute does not take a partisan position on political issues. WLI does urge women from all political parties to run for political office and encourages businesses to support employees who choose to run for office.