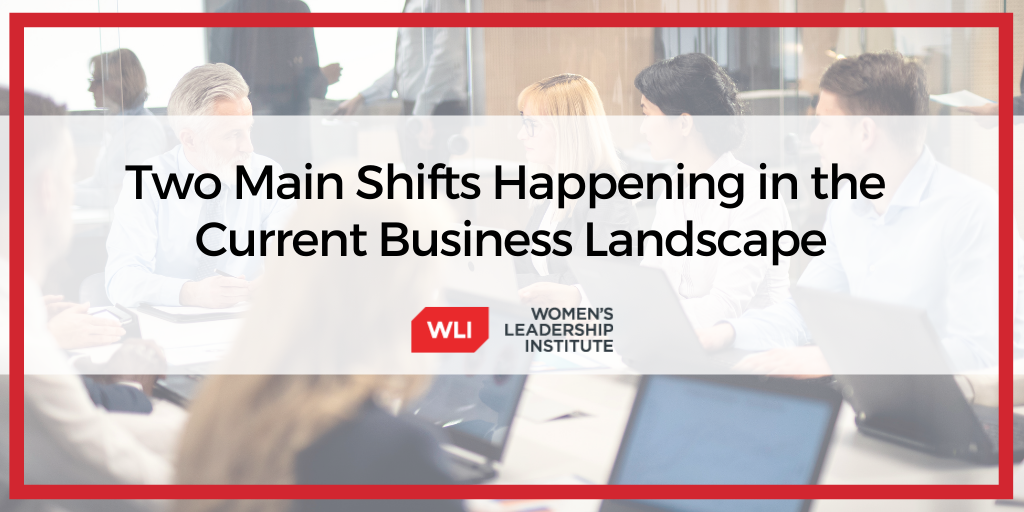 There is a shift occurring in the current business landscape. In a recent zoom conversation hosted by the Women’s Leadership Institute, Coco Brown of the Athena Alliance discussed this shifting landscape.

Consumers Are Driving the Social Impact of Business

Consumers are more and more making their wants and desires known to companies. Through increased social media interaction, engaging in dialogue around public policy and protests and using their buying power to convey a message,  companies are listening to consumers more closely now than ever before. What companies are hearing is that consumers want to support companies that represent the consumers themselves, their lifestyles and diversity. Consumers want companies that look like them and who are making an impact on the causes that are important to them.

In our zoom conversation, Coco pointed out that diversity, especially gender diversity in senior leadership and on boards, is no longer a ‘nice to have’ it has become an economic imperative and a driver of good business. If women represent 1/2 the world, then opening up top leadership positions to reflect that ratio can and is affecting the company bottom line in positive ways.

To showcase this principle, Coco Brown, spoke of a recent policy change within Goldman Sachs. In 2020 David Solomon, CEO of Goldman Sachs, pledged to only take a company public if there was at least one diverse member on their board. In 2021, they have increased that requirement to two diverse board members. While that may seem like a small step, Goldman Sachs is a leading global investment banking, securities and investment management firm that deals with billions of dollars amongst a variety of clients. Their reach and the impact of their decision is a significant step in the right direction.

Capitalism is Getting a Conscious

Capitalism has often only looked at growth and profits instead of impact and sustainability. For decades the model of hand over fist profit, quarter after quarter, has been the business model for many corporations. Additionally corporations often worked under the assumption that the means were justifiable if the outcome was desired. Now however, the conversation is beginning to include talk of “purpose in profits” and “means are as important as the ends.” The traits of winner takes all, complete competition, power over protection, risk taking and brute strength are often associated with masculine traits and has been the norm for more companies to embody those traits. To incorporate these newer ideas however, capitalism might be seeking to embody characteristics that we once associated only with females. These characteristics include the the ability to look at a problem holistically, be vulnerable and transparent, to cooperate and collaborate and to start asking different questions to get at long standing concerns.  As a whole these attributes are being seen as essential in today’s business as it shifts from what it’s been for decades to a newer type of business model.

To illustrate this principle, American billionaire Larry Fink, CEO of Blackrock, has called this shift in capitalism a consideration of purpose behind the profits. He has also started a series of letters to CEO’s talking about the imperatives of impact, sustainability and diversity. He’s stated,  “A company that does not seek to benefit from the full spectrum of human talent is weaker for it – less likely to hire the best talent, less likely to reflect the needs of its customers and the communities where it operates, and less likely to outperform.”

As the business landscape continues to change, the opportunities will continue to open up for women. In fact, we as consumers are beginning to demand it and as it turns out doing what is good for 1/2 the population is also good for the bottom line.

Increase your bottom line and be socially responsible, join our ElevateHer challenge today.