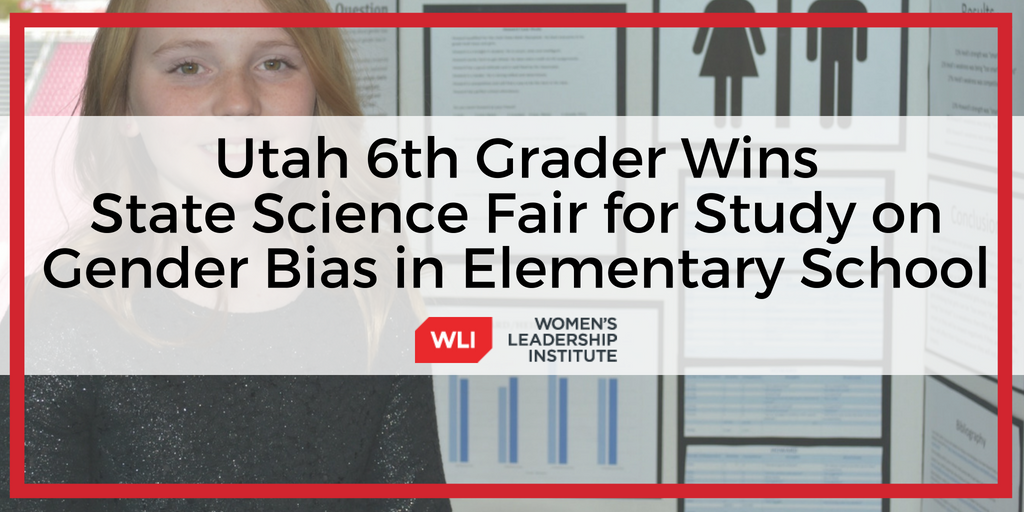 Chloe Brown is only eleven years old. Already she has witnessed gender bias in elementary school. Like any sixth grader, Chloe wants to grow up knowing she has the same shot at success as the boys in her classroom.

And to prove it, this past April she explored her theory in the sixth grade science fair at Bonneville Elementary School in Salt Lake City. But it didn’t stop there. Chloe’s science fair project won first place in the statewide Utah State Science Fair.

When Chloe was preparing for her science fair project, her mom told her about the famous Howard Heidi study. The Howard Heidi study is a famous study done at Columbia University on gender biases. A pair of Columbia professors gave their class a Harvard Business School case study about a woman named Heidi Roizen, a very successful venture capitalist. To half of the classes they taught, they gave the study. To the other classes, they gave the same study but changed the name from “Heidi” to “Howard.” Students found both Howard and Heidi equally competent, but liked Heidi less because “she seemed selfish” and was power hungry.

“When I heard about this study, it made me sad,” said Chloe. “I don’t want to grow up knowing that I am going to be judged for being a successful girl.”

Chloe decided to take this Howard Heidi study and conduct her own version of the study, testing for gender bias in her own elementary school class. Her hypothesis was that successful girls will be liked less than successful boys by their peers.

Competing in the behavioral and social sciences category, she prepared a “successful student” case study. The case study was labelled “Heidi” for half the student participants and “Howard” for the other half. She gave the study to fifth and sixth grade students, divided them up into four groups, and had them use a Likert scale to anonymously rate the “successful student.” 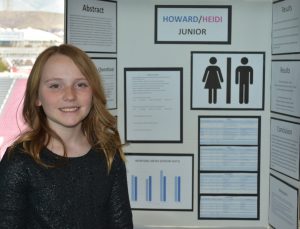 Her hypothesis was not proven, but she found that boys and girls have small gender biases that favor their own gender. Therefore, negative gender bias towards successful girls would have potential to increase as they grow older.

“Gender bias towards successful girls might start with boys and girls thinking that girls can be ‘too smart,’” said Chloe. “If girls think that being ‘too smart’ is a weakness, they will try not to act smart because they won’t want to be viewed negatively.”

When asked what her favorite part of the project was, Chloe said that sharing the information she learned with other people has been her favorite. Giving people this information educates them about a problem that needs to be solved, and hopefully will motivate change in our society.

“Girls should not have to choose between being smart and being liked,” said Chloe. “We need to teach kids about gender bias so that they can recognize it and stop it from happening.”

Chloe is in the process of completing her application for the national science fair competition this fall.