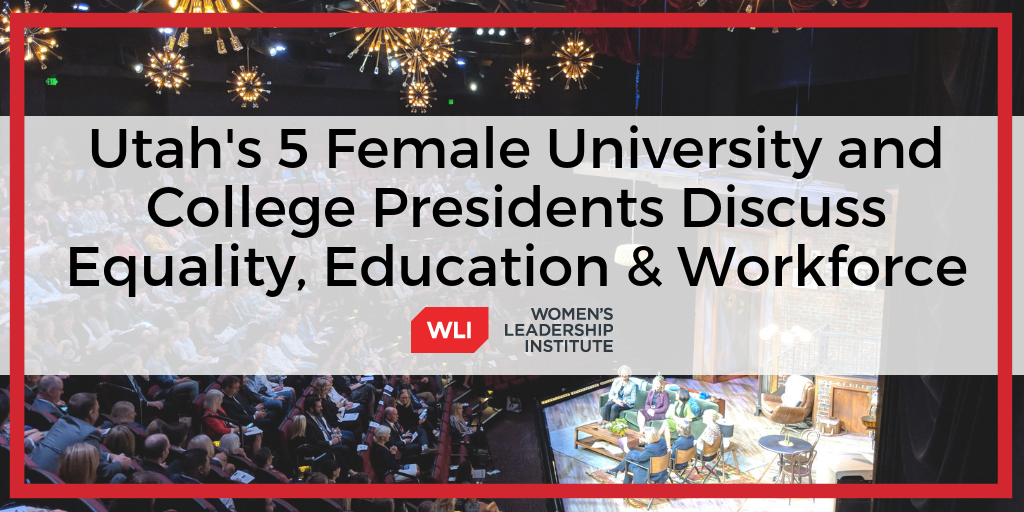 As of September 2018, women now lead half of Utah’s public universities and colleges. President Cockett, President Tuminez and President Watkins are the first women to lead their respective institutions. According to the 2017 American College President Study, “the percentage of women who held the top job at colleges and universities stood at 30 percent in 2016, up just four percentage points from 2011.” In a state that lacks executive-level gender diversity, this leadership change in Utah is unprecedented.

Noelle Cockett, president of Utah State University, said, “There are different styles of leadership: authoritative, translational, and transformational. Women leaders tend to be more transformational, which helped me understand how I handled things and the people on my leadership team.”

Ruth Watkins, president of University of Utah, added, “The tempting thing is to surround people who are just like you. That doesn’t challenge you. As leaders we need to surround ourselves with people who are different than us. It will make us better and reflect the community we live in.”

“The Women’s Leadership Institute is proud to co-sponsor this event with the Salt Lake Chamber,” said WLI CEO Patricia Jones. “WLI is committed to elevating the stature of women’s leadership in business and in politics. The five presidents that represent some of Utah’s finest institutions of learning set an important example and contribute their skills, each of them unique, to elevating women in our great state.”

A special thanks to event partners and sponsors including Utah System of Higher Education, EnergySolutions, Westminster College and Rio Tinto, as well as marketing partners, Sandy Area Chamber of Commerce, the Utah Women & Leadership Project at Utah Valley University and My529 Utah Educational Savings Plan.

A recording of the forum will be available on the Salt Lake Chamber’s website slchamber.com later this evening.

About the Women’s Leadership Institute
The Women’s Leadership Institute is a 501(c)3 formed in January 2015 by key business leaders in Utah. The purpose of WLI is to elevate the stature of women’s leadership in order to boost the vitality of business and quality of life in Utah, to harness the full capacity of women to meet the growing demand for diversity, to engage men who are actively involved in the advancement of women and women who are willing to step into leadership roles.

About the Chamber
The Salt Lake Chamber is Utah’s largest and longest-standing business association. A statewide chamber of commerce with members in all 29 Utah counties, the Chamber represents the broad interests of the state’s 63,000-plus employers, which employ more than 1.4 million Utahns. This includes thousands of Chamber members and their employees. With roots that date back to 1887, the Chamber stands as the voice of business, supports its members’ success and champion’s community prosperity.

Watch the Video on SLChamber.com